Competition for the most beautiful wreath

Competition for the most beautiful wreath

On Saturday June 22, the Vistula boulevards will resound with music, while beautifully braided colorful wreaths will flow with the river!

As with many other traditions, the genesis of Wianki dates back to pagan times. The celebration of “Sobótki”, organised on the shortest night of the year, was associated with the worship of fire and water. Great fires were then lit, songs were sung, maidens braided wreaths and let them float on the water. The observation of wreaths was used to predicting the future – the sinking of one of them could herald the imminent death of the owner, while the wreath which was hanging around in one place, without drifting away, was the sign of spinsterhood.

In Christian times, the worship of water and fire was replaced by celebrations in honor of St John the Baptist. Although the Church fought against old prejudices and customs, they survived in the form of folk ceremonies, losing the features of a pagan festival. Around the mid-19th century, the custom of celebrating Wianki gained an extensive form of public performance and has a similar character and course to this day. “Light and sound” performances, concerts of world pop music stars, and in recent years, musical stages located not only on the boulevards, but also on Krakow’s squares gather crowds of audience. The whole Wianki – Music Festival ends with a traditional firework show by the Vistula.

Krakow Festival Office and Factory Krakow – Partner of the Competition for the most beautiful wreath – invite you to participate!

Competition for the most beautiful wreath: Czerwieński boulevard, Saturday, 22 June 2019

19:15 – 19:30 – Announcement of the results of the competition for the most beautiful wreath on the Coca-Cola stage 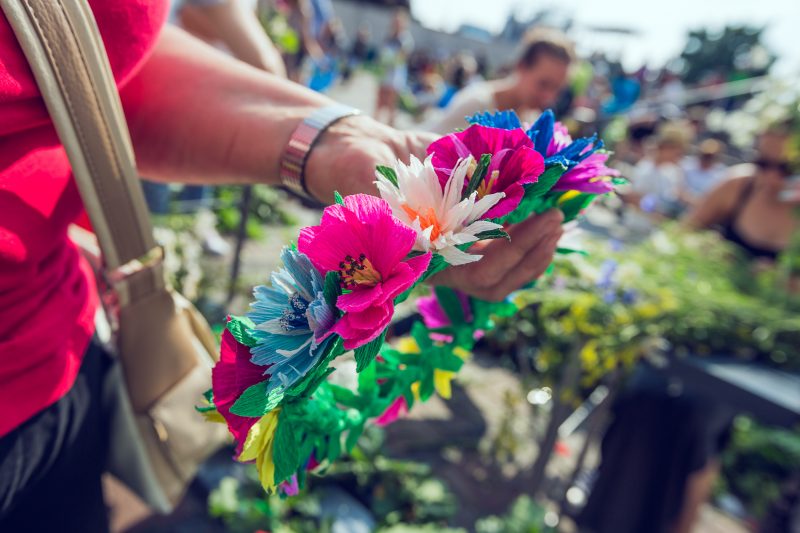