Warsaw Village Band is one of Poland’s most outstanding musical exports. The group takes from the traditional folk music of their motherland and infuses it with modern arrangements. This unusual mix opened many doors for them – performances in world-famous venues, presence at festivals, creation of games and movies soundtracks, Grammy nominations, and many other achievements. Over the past 25 years, they have visited four continents so far and still are aiming for more.

Through their performances, often for foreign audiences, the group proves how universal means of communication music can be. Each of their records brings something different to this conversation. Their most recent, ninth, album has been not only recognized in their native Poland but also worldwide – i.e. Fryderyk Award and best folk album in 2020 by the Polish Radio’s Festival “New Tradition”, first place on both Music Charts Europe and Transglobal World Music Chart. 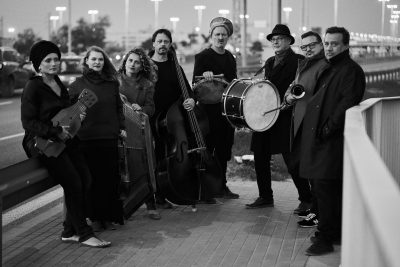