Kirszenbaum is like Wyspiański on meths. The Cracovian duo rises from post-folk ashes, paving new directions and clashing music by Tom Waits and Junip to create a unique, Slavic sound. Zola shouts at klezmers, Henry Miller dances with the Moomins – and the result is a melancholy intertextual merry-go-round. Kirszenbaum is a joint initiative of Kacper Szpryka (philosopher, bookseller and violinist who has previously worked with HellHaven) and Jakub Wiśniewski (linguist, musician and tech writer). As part of their previous collaboration as Pora Wiatru, they played over 150 concerts, performed during the finale of Must Be The Music, won the grand prix of the Polish edition of the Emergenza Festival, held a series of crowdfunded gigs on trams and appeared at Taubertal Festival in Germany. 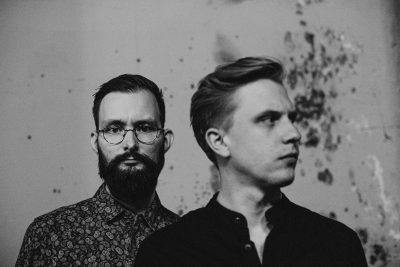