Deputy director of the Culture Department at the Poznań City Hall, a lawyer by profession. In 1993-2013, a music journalist (head of the culture department of Głos Wielkopolski in 2008-2013), he published in Teraz Rock, Machina, Muza and many other magazines. The author of the script of the permanent exhibition of the Polish Song Museum in Opole. The originator of the competition for the best album cover “30/30”, Festival of the Word in the Song Phrase and other activities promoting popular music. 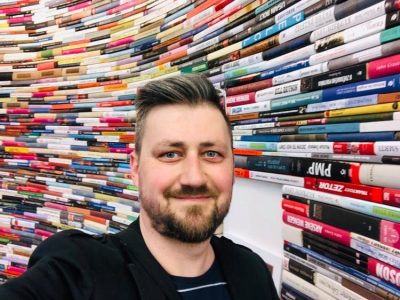