A vocalist, lyricist and composer and one of the most popular young female artists. She has recorded five studio albums so far, two of which went platinum: Add The Blonde (2014) and Just the Two of Us (2015).

Thanks to the international contract signed at the start of her career, she could develop wings under the eye of top music professionals. In addition to unconventional personality, this paved her way to many artistic successes. In spite of these achievements, she decided to turn her career around by recording Gaja Hornby (2019) – a 100 per cent Polish album presenting a new image of the artist. It was nominated for the Fryderyk award in the Pop Album of the Year category.

In 2021, Margaret returned with a new album Maggie Vision being, on the one hand, an outcome of her fascination with hip hop and urban music and, on the other hand, expressing the need to talk about important things that have recently happened in her life. Its premiere was quickly followed by a lighter EP Gelato filled with summer hits, and her latest song Cry in My Gucci is a return to singing in English. 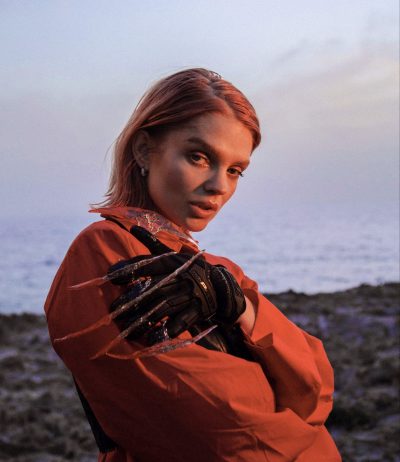