Her career began at Rozbrat – an anarchist squat and the centre of alternative culture in Poznań – in the late 2000s. It was where she started organising Squat the Electricity events, which strongly integrated the local scene. Monster popularised electronic music among activists and activism among electronic music fans. Today she is a member of Oramics – a Polish platform supporting women, non-binary and queer people on the electronic music scene. Thanks to the Total Solidarity compilation, the collective’s activities became known worldwide.

Monster is currently one of the most sought-after female DJs in Poland. She has worked for this success for over a decade. No one can present euphoric party music – house, techno, acid, trance, break! or… Rihanna – like her. 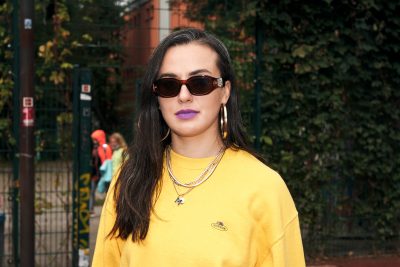