Neal Cassady is a combination of an energetic neo-psychedelic sound and pretty garage-processed songs – much twisted and strongly improvised. The band has recorded two albums – a debut titled ”Night Howler” (2015) and ”Later Than You Think” (2018) that was released under a label of Music Is The Weapon. Their third album is currently undergoing a mixing phase and some of its premiered songs will be presented within the Cyber Wianki programme. Neal Cassady have performed over 70 concerts in total, took part in radio sessions (including Polish Radio Programme 3, as part of OFFSESJA series), performed in Zachęta in Warsaw, The Bunker of Arts in Krakow, and festivals such as Spring Break 2019, Jarocin 2017, and SOUNDRIVE 2016. The last album they released met with a very warm reception among Polish music lovers, and the band itself was added to the list of biggest musical hopes for 2020, according to the ”Teraz Rock” magazine. 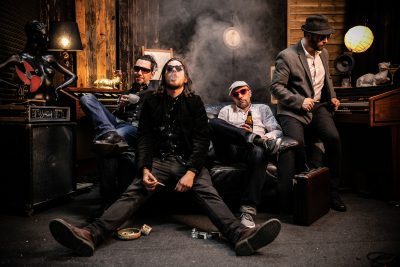