The strength of human voice, the power and incantation of nature, archaic rituals and the wisdom of women looking after them, the raw beauty of traditional melodies – this is how we can summarise the world that is artistically explored by members of the Z Lasu [From The Forest] band.

Z Lasu sings traditional multivocal songs from Polesie – a region with unique natural and cultural qualities, which stretches out from Poland through Ukraine and Belarus to Russia. The band consists of people practicing traditional (folk) music with a rich singing, artistic and research experience, who have travelled to Polesie in search of old songs and traces of archaic culture since 2008. They reach the oldest inhabitants, learn their stories and learn to sing from them. The ensemble’s whole repertoire consists of field recordings made by participants. 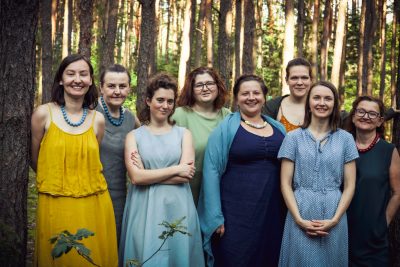